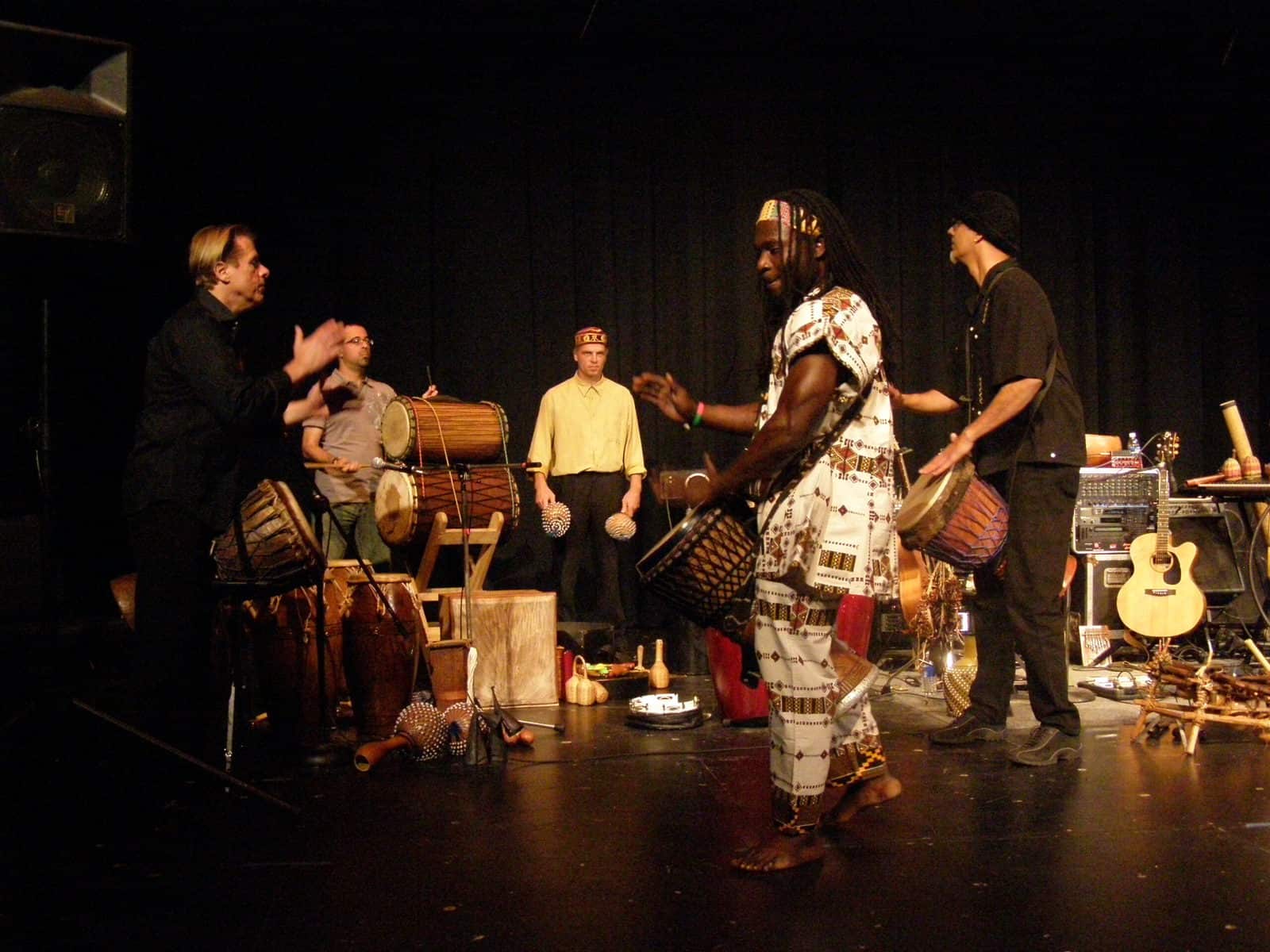 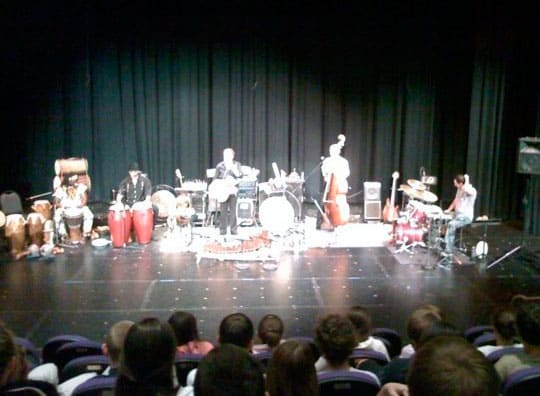 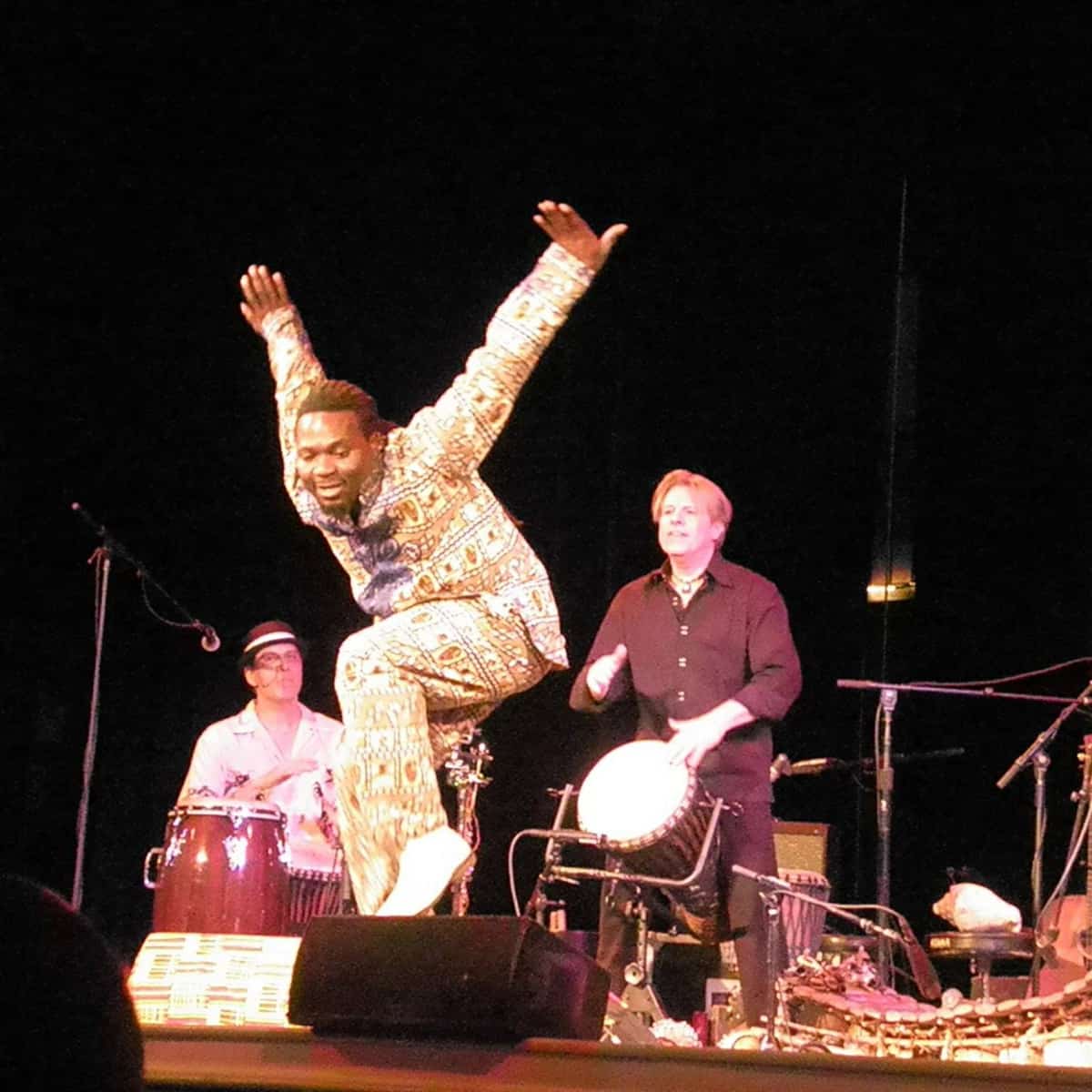 Guitarist and multi-instrumentalist, Randy Armstrong, born in the Appalachian mountains of West Virginia in the United States of America has joined forces with four great musicians from around the globe to create Randy Armstrong World Fusion Ensemble. The ensemble features the talents of long-time collaborator, bassist, keyboard player and composer, Volker Nahrmann from Hamburg, Germany; the immensely talented drummer and Latin percussionist, Jose Duque from Caracas, Venezuela; Theo Martey, a dynamic drummer and dancer from Accra, Ghana in West Africa; and the sensational Middle-Eastern, Latin and African style percussionist, Shamou originally from Tehran, Iran.

All bandleaders of various groups, each musician brings virtuosic vitality to their performances creating music on a stage filled with a spectacular array of over 100 instruments from around the world. The Randy Armstrong World Fusion Ensemble perform percussion driven original compositions and adaptations of traditional music from the four corners of the earth. Each musician is featured throughout the concert presentation and the band also offers educational workshops and master classes to schools, universities and cultural institutions.

The musicians of the Randy Armstrong World Fusion Ensemble believe that music has the power to transform and uplift people from all walks of life. Recognizing the great diversity of languages, cultures and lifestyles of people from around the world, they embrace the universal language of music and the belief that the Earth is One Country and All Humanity Its’ Citizens.