by Randy Armstrong and Volker Nahrmann

Randy Armstrong has been creating a fusion of jazz, western classical and folk music with musical traditions and instruments from around the world for four decades. He co-founded the pioneering Do’a World Music Ensemble, which welcomed classical and jazz bassist Volker Nahrmann from Hamburg, Germany on its fifth album, World Dance. This launched an enduring musical collaboration for Volker and Randy and the subsequent release of their Hand In Hand CD on the Global Pacific label as Unu Mondo in 1994.

Inspired by their love of music and cultures, they tour and travel extensively, drawing inspiration from the world’s diversity. Their compositions take you on a global voyage, from the streets of Havana and Rio de Janeiro, the evocative traditions of India and the Middle East, to the romantic café and cinema music of France and Italy, the haunting sounds of the Native American pow wow, and the worldbeat rhythms of West Africa and the Caribbean, all blended with contemporary jazz, western classical, and folk music influences.

Several songs on Beyond Borders are tributes: to jazz legend Dizzy Gillespie, sitarist Pandit Ravi Shankar, and Beatle George Harrison. The songs also feature many former members of Do’a and Unu Mondo, joined by outstanding world-class musicians from many countries. Five years in the making, Beyond Borders is a “Magnum Opus” for Armstrong and Nahrmann, a collection of songs composed over a 40-year span of creative output, dedicated to the belief that music has the power to uplift the human spirit and be a catalyst for change in the world.

There are no reviews yet.

Only logged in customers who have purchased this product may leave a review. 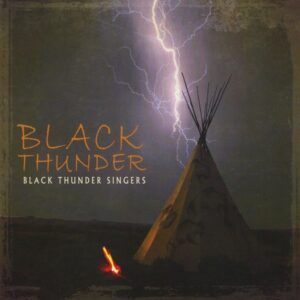 For a limited time a free bonus Black Thunder CD will be sent with each order of two or more Beyond Borders CDs.