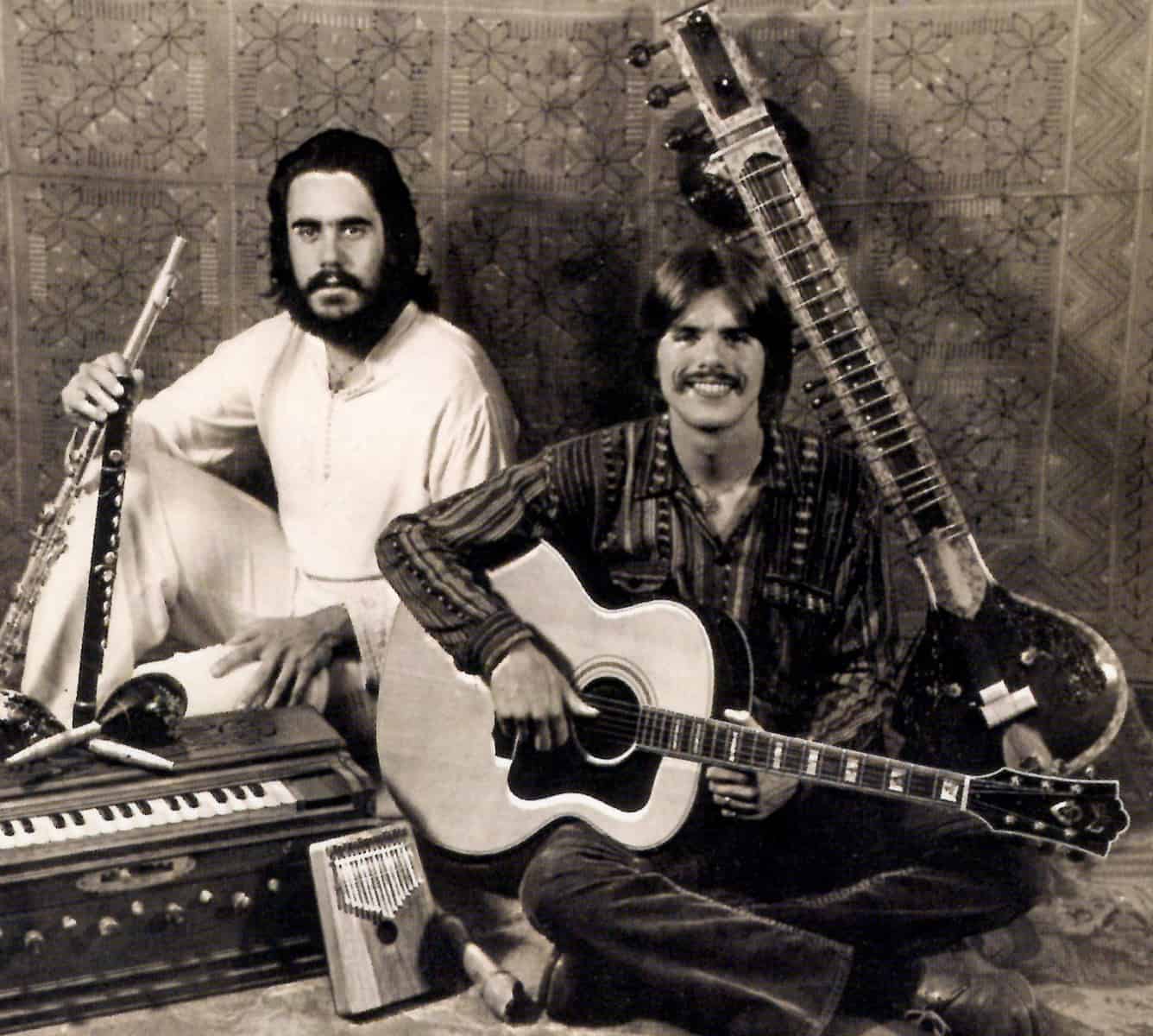 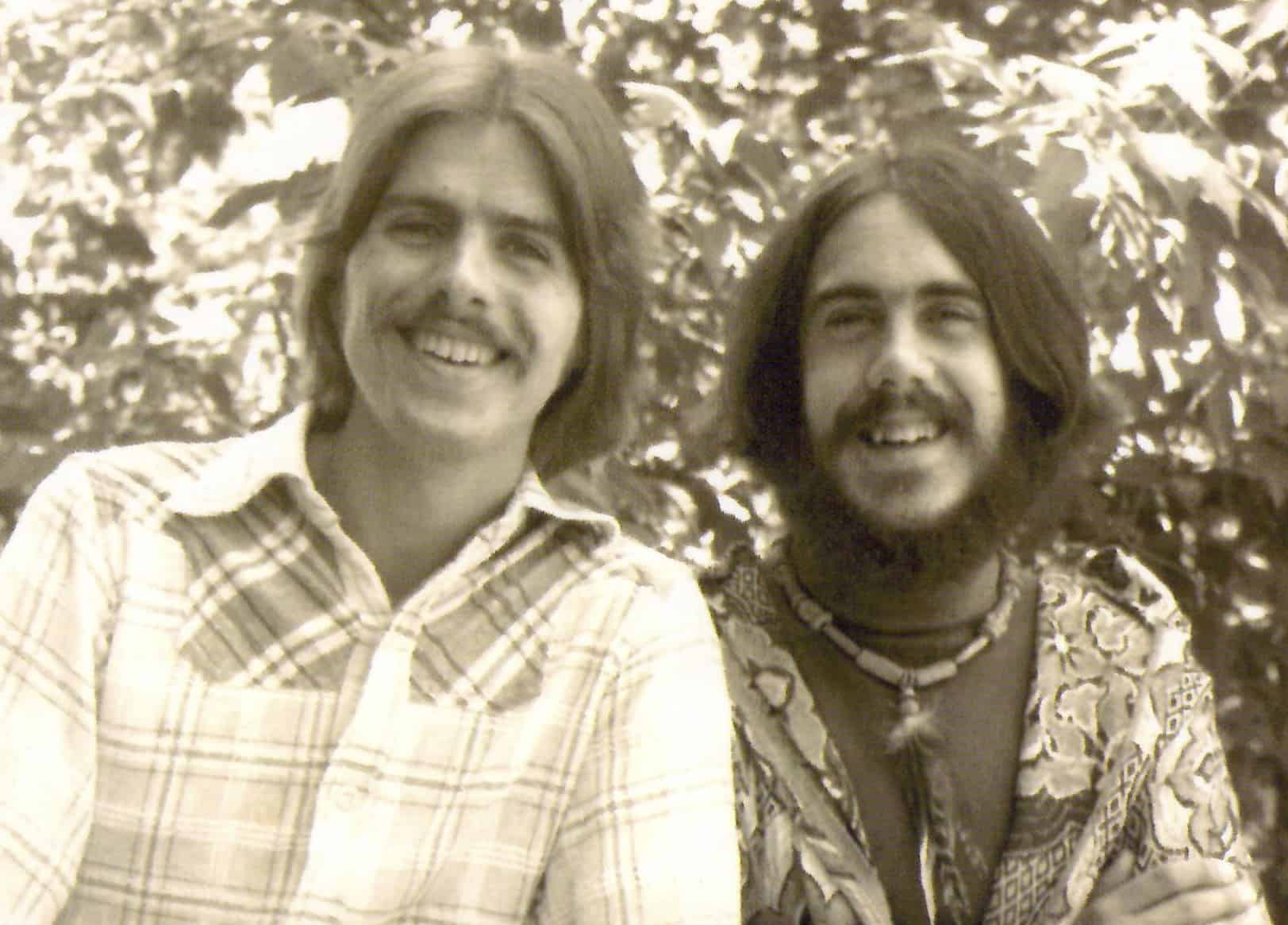 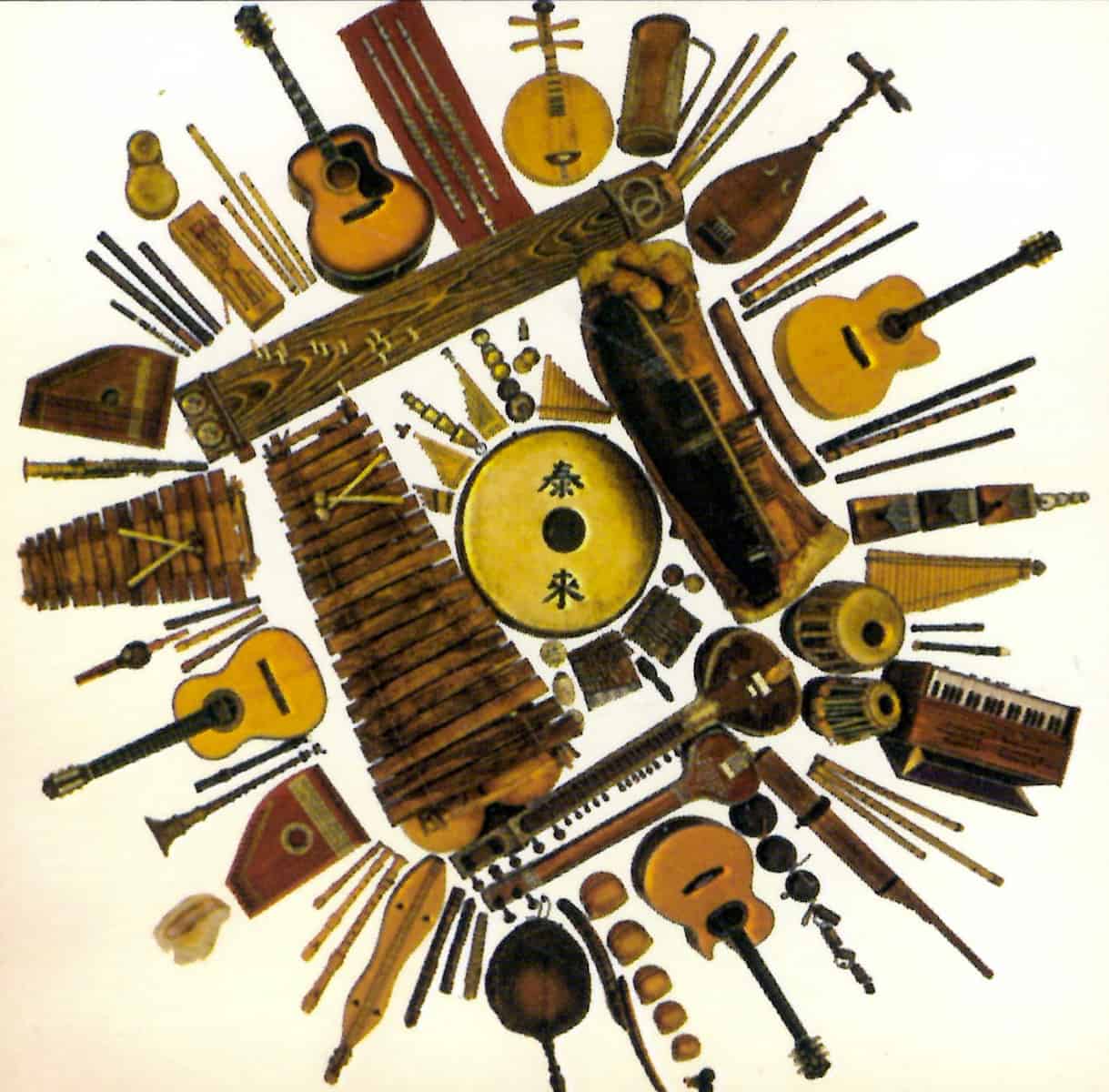 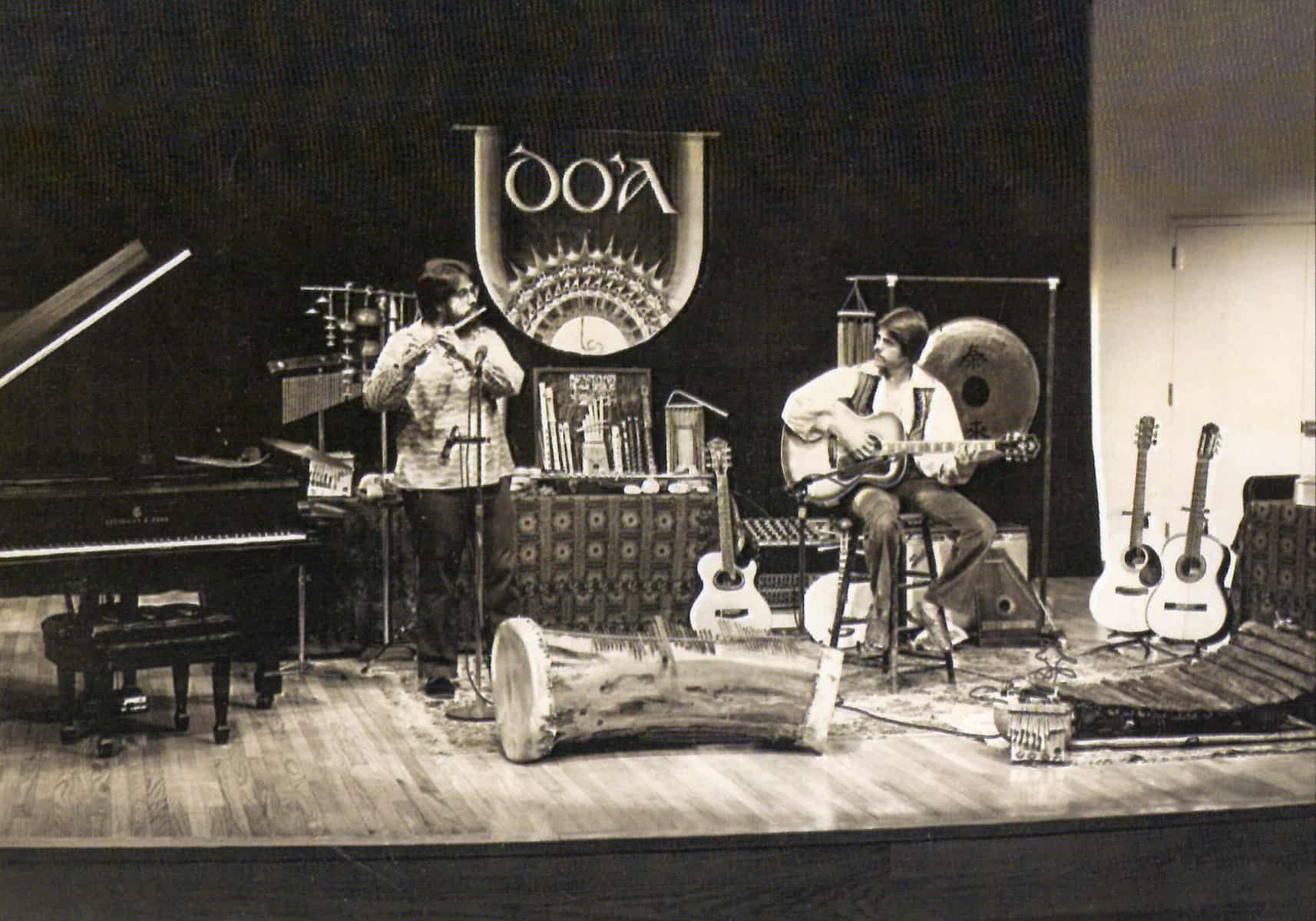 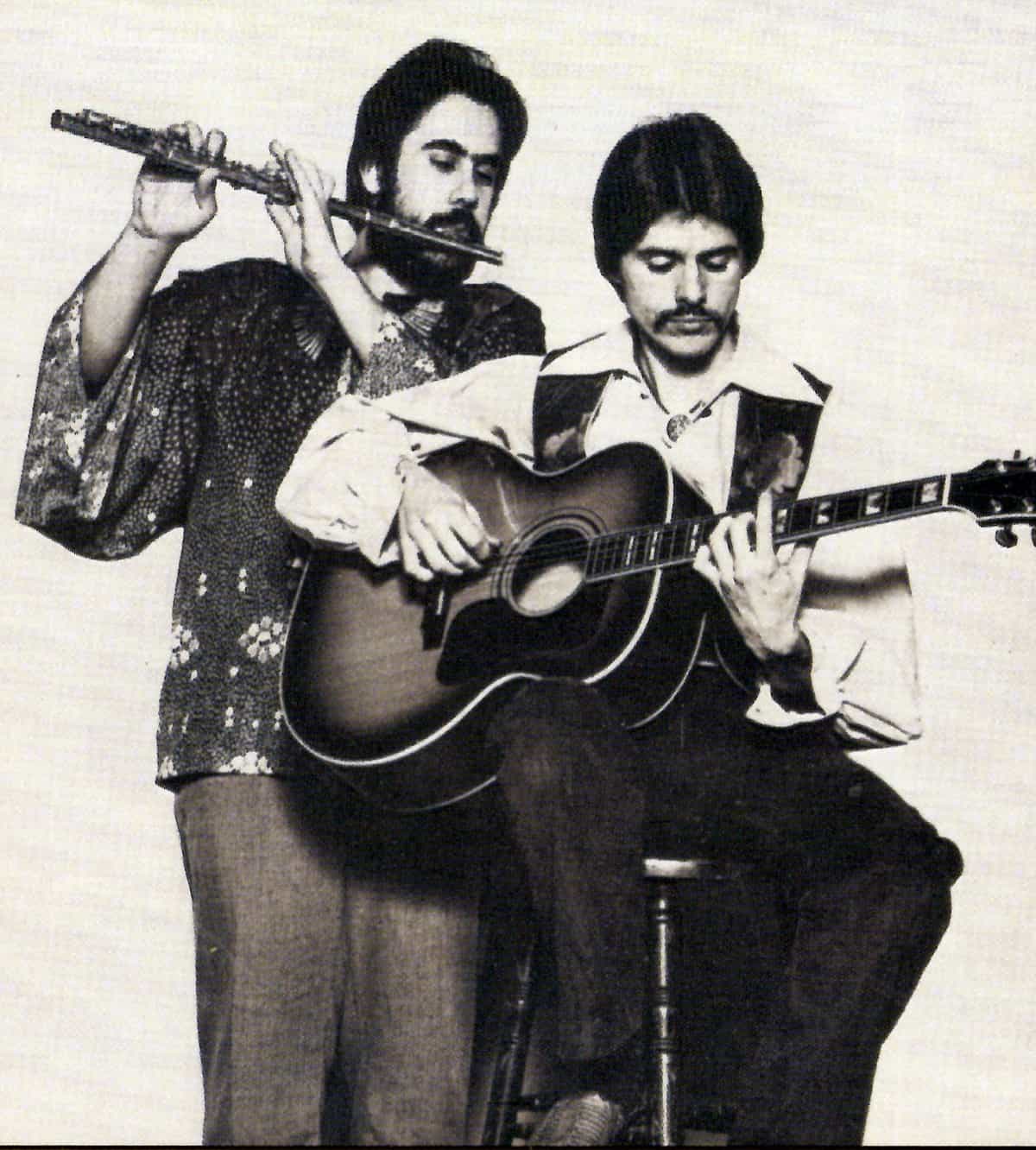 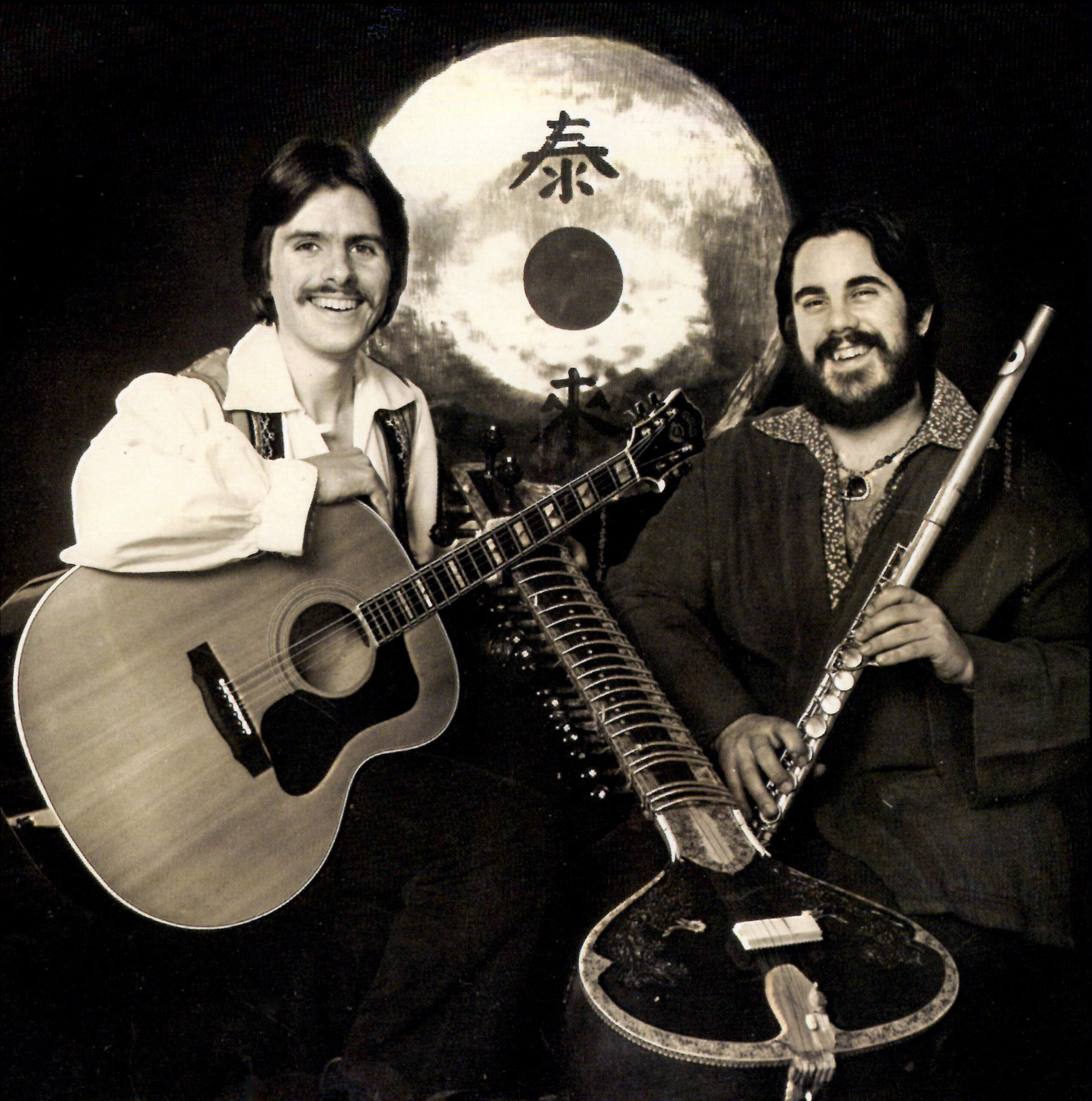 “Before the Talking Heads recorded Remain in Light, before Peter Gabriel programmed his drum machines to play African poly-rhtythms, before Paul Simon and Graceland, and before the term “world music” was ever coined, there was Do’a.”—Lahri Bond, Dirty Linen Folk and World Music Magazine, read the full review

By the 1970s, our world was suffused with steady evidence that we are all the citizens of “one country.” Neil Armstrong’s 1969 walk on the moon’s Sea of Tranquility and the photographic images it produced debunked forever the idea that borders and barriers exist anywhere except in the hitman mind.

Meanwhile, back on Earth, the Civil Rights, Equal Rights, and environmental movements in the U.S. were asserting the reality that all who share this planet home together are inextricably interrelated. As the human family got to know itself better, American jazz was evolving, rock music extending its reach, and a whole world of musical traditions was on the verge of the biggest “family-reunion” in history.

This spirit would inevitably inspire in two young musicians a yearning to manifest the unity inherent in all that musical diversity. In their deepest hearts, each knew that the differences in the human family were potentially the path to harmony, “as it is in music where many different notes blend together in the making of a perfect chord” (from the Writings of the Baha’i Faith). They were also excited about  the unbounded possibilities of a whole world of musical styles and instruments  waiting to come together.

Born in West Virginia and raised in Columbus, Ohio, Randy Armstrong, then 22, chose New Hampshire’s White Mountains as the place to begin a new musical journey. Seeking a kindred spirit with whom to create music, he gathered the names of more than 100 musicians from New York to Maine and climbed into his Volkswagen on a cold March day in 1974 to begin his search. Many stops jam sessions later, he encountered an extraordinarily gifted classically trained flute player named Ken LaRoche in Ken’s hometown of Peterborough, New Hampshire. The pair hit it off musically enough that several months later, Ken joined Randy in Littleton, New Hampshire, and the duo Do’a was born. The name, an Arabic-Persian word, signifies a call to prayer, meditation, and worship.

Over the next year, the pair rehearsed and wrote music together in a mountaintop chalet. Inspired by the vision of the planet as one home to all—and a treasure trove of musical and cultural diversity—they immersed themselves in an exploratory fusion of instruments and influences. In performances that virtually filled a stage with wind, string, and percussion instruments from all parts of the globe, their early original music reflected Western classical, improvisational modal jazz, North Indian, African, European, and American folk music.

As audience response grew, Do’a moved to the New Hampshire Seacoast and in 1976, with the help of manager Robert Atkinson, signed a four-record contract with the innovative, Vermont-based indie Philo Records, whose recordings were distributed by the newly formed Rounder Records. The full artistic freedom that Philo granted its artists was a breath of fresh air in the heavily controlled major-label recording industry of the 1960s & ‘70s. it gave Ken and Randy plenty of room to explore their creativity and ideas in the studio and that year, Philo released Light Upon Light, a collection of the duo’s early compositions.

Do’a began touring and performing extensively throughout the United States. With their cross-over appeal, they played in venues that ranged from jazz clubs and folk festivals to fine-arts series and concert halls, as well as many emerging alternative-lifestyle and holistic-health institutes.

“A rich collection of compositions featuring traditional and archaic instruments which provide the listener with a sense of peace tinged with a certain sadness that isn’t found very often in today’s music. This is spiritual jazz.” —Billboard

Over the next few years, Randy and his wife, Melinda, and Ken and his wife, Wendy, had their first children and the musicians faced the challenge of pursuing work as full-time recording and touring artists in balance with the lives of their growing families. As their second album gained recognition, they signed with several booking agencies for nationwide touring and worked as artists-in-residence at a variety ofcultural and educational institutions from Yuma, Arizona, to Little Rock, Arkansas, and Washington State to Upstate New York and New England. Performance venues included Carnegie Recital Hall, Lincoln Center, the Bear Mountain Festival of World Music and Dance, and hundreds of concerts at auditoriums and festivals.

While Do’a was performing in Los Angeles in 1980, Philo Records called to ask whether there was enough new music to record a live album at the University of Vermont Recital Hall on a new digital recording deck that had been developed by Mitsubishi in Japan. In January 1981, Ken and Randy recorded one of the first digital recordings to be released in the U.S. on compact disc – Do’a’s third album. Ancient Beauty. CD Review declared that, “Randy Armstrong and Ken LaRoche have composed some of the brightest contemporary instrumentals this side of the hemisphere” and this remains one of their best-selling albums to date.

In a quest for an even more complex music fusion, Do’a became Do’a World Music Ensemble in 1983 with the addition of musicians Marty Quinn, John Hunter, and Charlie Jennison. The quintet recorded Do’a’s fourth Philo album, Companions of the Crimson Coloured Ark, which  The Washington Post noted that, “The musicians of Do’a don’t just double on instruments, they multiply them into a veritable symphony.”

“A marvelous kaleidoscope of shifting melodies, rhythms and instrumental colors.”—Downbeat

When the United Nations designated 1986 as the International Year of Peace, Do’a decided to dedicate their performances and fifth album to this worldwide focus and received official recognition from the U.N. for their efforts. After a solid year of touring that included performances at Delhi, India’s Indira Gandhi Stadium and the International Peace Conference in San Francisco’s Civic Auditorium, Do’a World Music Ensemble recorded their most popular album to date, World Dance. Released on the Global Pacific label distributed by CBS Records, the album reached the top 10 of many radio airplay charts as well as #7 on Billboard.

Joining Do’a that year was the supremely talented German bassist, Volker Nahrmann. Despite criticism that characterized their music as “naive”, Do’a continued to create and perform the original music that reflected its members’ unwavering confidence in humanity’s essential unity. In an article published in Dirty Linen Folk and Jazz Review, Lahri Bonds said, “Before the Talking Heads recorded Remain inLight, before Peter Gabriel programmed his drum machines to play African poly-rhythms, before Paul Simon and Graceland, and before the term ‘world music’ was ever coined, there was Do’a.” During this time, the ensemble’s performances shared the stage with such outstanding musicians as Dizzy Gillespie, Ritchie Havens, Michael Hedges, and the Paul Winter Consort and performed al such venues as New York City’s Bottomline and the Great American Music Hall in San Francisco.

Throughout a 17-year sojourn that concluded with a 1991 concert at Harvard University, the members of Do’a World Music Ensemble refused to perform a single note that was not true to themselves and their music. Pioneers in the exploration of world fusion music, they were also revolutionaries in their commitment to creating music that would uplift the soul and help unite hearts.

After Do’a was dissolved, Ken and Randy each continued active individual performing and recording careers. In the summer of 2005, they reunited to play music together and even discussed recording again. Then, on January 9, 2006, Ken LaRoche left this world.

More than 30 years on, Do’a’s legacy endures for the generations to come as a ladder for the soul’s ascent, a fearless assertion of the oneness of all humanity, a call for the eradication of all forms of prejudice.

“We see a universal art being born in this day, an art that fuses together (he beauty of the past and yet is new, expressing hope in the rebirth of civilization and the unity of the human race,” Do’a’s members declared in the liner notes of Ancient Beauty. As music artist Paul Winter so eloquently said: “The world is a smorgasbord of musical riches and to hear these many musics is, for a music-maker, to want to taste them all. A teacher once told me not to worry about being so eclectic: ‘Go deeper into each,’ he said, ‘and your own will emerge.’ So I commend to you, the listener, this rich potpourri that is Do’a. Listen well, and savor: music can nourish a hungry soul.” —Phyllis Edgerly Ring, UPI columnist, One Light, Many Lamps