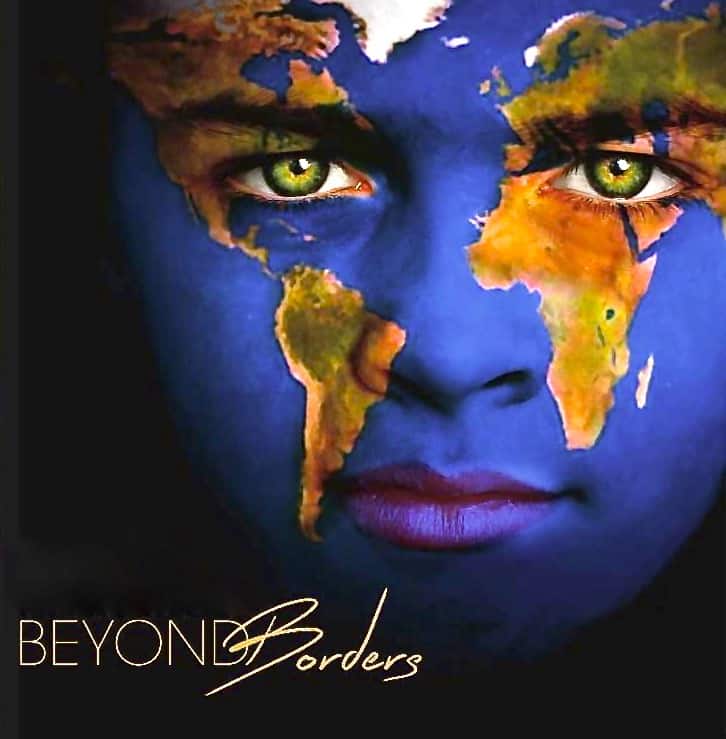 “From the first notes rising on a guitar’s steel string to the last note fading from a trumpet’s muted bell, Beyond Borders soars. Randy Armstrong & Volker Nahrmann have crafted a vibrant and fascinating tapestry of music, masterfully woven from a truly kaleidoscopic palate of vocal and instrumental tonal hues.” —Eric Sinclair, sixstrstories.com

“Much like the terrain covered in the origin of inspirations, these songs traverse a multitude of moods, replete with buoyant melodies, insistent rhythms, and an ecstatic energy that aims to keep us dancing long after the album ends.”—Nat Baldwin, bassist/singer, Dirty Projectors

“Right off the bat Beyond Borders won me over! The first two songs, reminiscent of the great 1970s band Return To Forever, brought a quick smile to my face. I kept that smile as tracks 3 thru 11 took me on a very entertaining adventure of musical styles from many cultures. Throughout, the performances are first rate. In particular, the rhythm section is amazing on all the songs. I am partial to guitar playing and Randy Armstrong plays beautifully and strong in a very wide range of styles. There really is something for everyone to enjoy on Beyond Borders, “A Global Voyage in Music.”—Gary Traversy, garysguitars.biz

“There’s a great, expansive vibe to BEYOND BORDERS. Each tune has a fusion of styles with occasional drops into the traditional ‘tribal’ sound of a particular culture. It’s a real journey to many islands, countrysides, ritualistic ceremonies, traditional community parties, across the globe. The album is great!“ —Matt Jenson, Pianist/Composer/Educator, Instructor, Berklee College of Music, mattjenson.com

“Beyond Borders reflects the musical breadth and spiritual depth of a global treasure. Randy Armstrong, a musical polymath, has pursued issues of peace and reconciliation through his music for his entire career. With his collaborator, Volker Nahrmann, they traverse the known world in search of instruments and musical idioms that speak to the depth of the human experience, bringing together instruments and traditions that rarely make sense in the same work. Through the vision of these men, the world grows closer together, more united. This music energizes and comforts. Listening to it, I sense an expansion of my consciousness and hear an invitation to peace. Everyone should listen to this music!”— Reverend Robert Thompson, Minister, Phillips Church

“Beyond Borders is aptly named, because Randy Armstrong and Volker Nahrmann’s music is a language of transcendence; it reminds us that we are all connected to one another.”—Rob Richards, Actor/Director/ Teaching Artist, Phillips Exeter Academy Theater Department, Chair

“Randy Armstrong’s talent both redefines and reaffirms my notions of beauty and creativity. I’ve directed theatrical productions at Phillips Exeter Academy for over twenty years and working with Randy has inspired me to do my best work. His music accesses deeper realms, yet seems to know no limits. Our collaborations have always inspired me to think and feel more inventively. He is a true artist who has access to the rhythms and tones of our humanity. My own artistic development and my growth as a human being has been transformed; that is his gift to us. Beyond Borders is aptly named, because Randy Armstrong and Volker Nahrmann’s music is a language of transcendence; it reminds us that we are all connected to one another.” —Rob Richards, Actor/Director/Teaching Artist, Phillips Exeter Academy Theater Department, Chair

“Beyond Borders creates a soundscape born from the heart, inspired by the world and expressed in a rich sonic tapestry.” —Joe Murphy, Classical Vocalist

“Randy Armstrong and Volker Nahrmann have not only gone Beyond Borders, but they have masterfully blurred cultural boundaries to fuse together sounds and styles from around the world. Truly a wonderful musical experience.” —Beverly Perriccio, Music Educator & Trumpet Player

“Every song on Beyond Borders makes me want to visit the place and culture that inspired the music. Fantastic World Tour!” —Linda Safford, Yoga Teacher

“While it could be said that Beyond Borders celebrates and showcases many diverse musical tastings–and what delightful tastes indeed–what I most enjoyed is that ‘taste’ has been given ‘trajectory’ to marry exploration and thrill, reflection and play, stunning sounds and palettes with thoughtful expression and splendid flare. This gift of a recording, largely in moderate canvases, finds a way to reveal music-making that only could be realized through a wealth of decades worth of sharings, livings, breathings, adventurings…to become global then as much through temporal immersion and long accretion as by invigorating cultural love, passion, and interest for the Other and others ‘through’ the Other and others. To listen and thereby travel as such: that is, to invite taste, our tastes and tastings, to dance these worlds.” —Dr. Jon Sakata, Concert Pianist & Transdisciplinary Artisan

“Beyond Borders is an impressive collection of different worlds of music united by Randy Armstrong and Volker Nahrmann’s spectacular playing and composing. In fact, I especially liked the Ravi Shankar/George Harrison tribute, Shanti Om and the lovely and elegant, Lover Letters telling the story of Abelard and Heloise.”—Susie Burke, Singer/Songwriter, burkesurette.com

“Exotic and exciting in its best sense, Beyond Borderss takes the listener on a colorful musical ride filled with creative ideas and sound effects coming from original composition of the finest. An impressive work that makes the term ‘world music’ speak for itself.”—Petra Pacaric, Vocal Artist

“Beyond Borders is a magical journey through many different musical genres—even within the same song. The unexpected juxtapositions of style and the extraordinary musicianship make this an album to be treasured and listened to over and over, truly a triumph for Randy Armstrong and Volker Nahrmann.” —Genevieve Aichele, Artistic Director, New Hampshire Theatre Project

“I highly recommend this beautifully and imaginatively crafted eclectic cross-over recording of jazz inspired world fusion. Beyond Borders is superlative! Executed at the highest level, Randy Armstrong and Volker Nahrman have assembled some of the best players on the planet and produced an album of original music setting a standard for world class musicality, inspiration…and fun!” —David Wold, Artistic Director, Abendmusik Fine Arts Concert Series