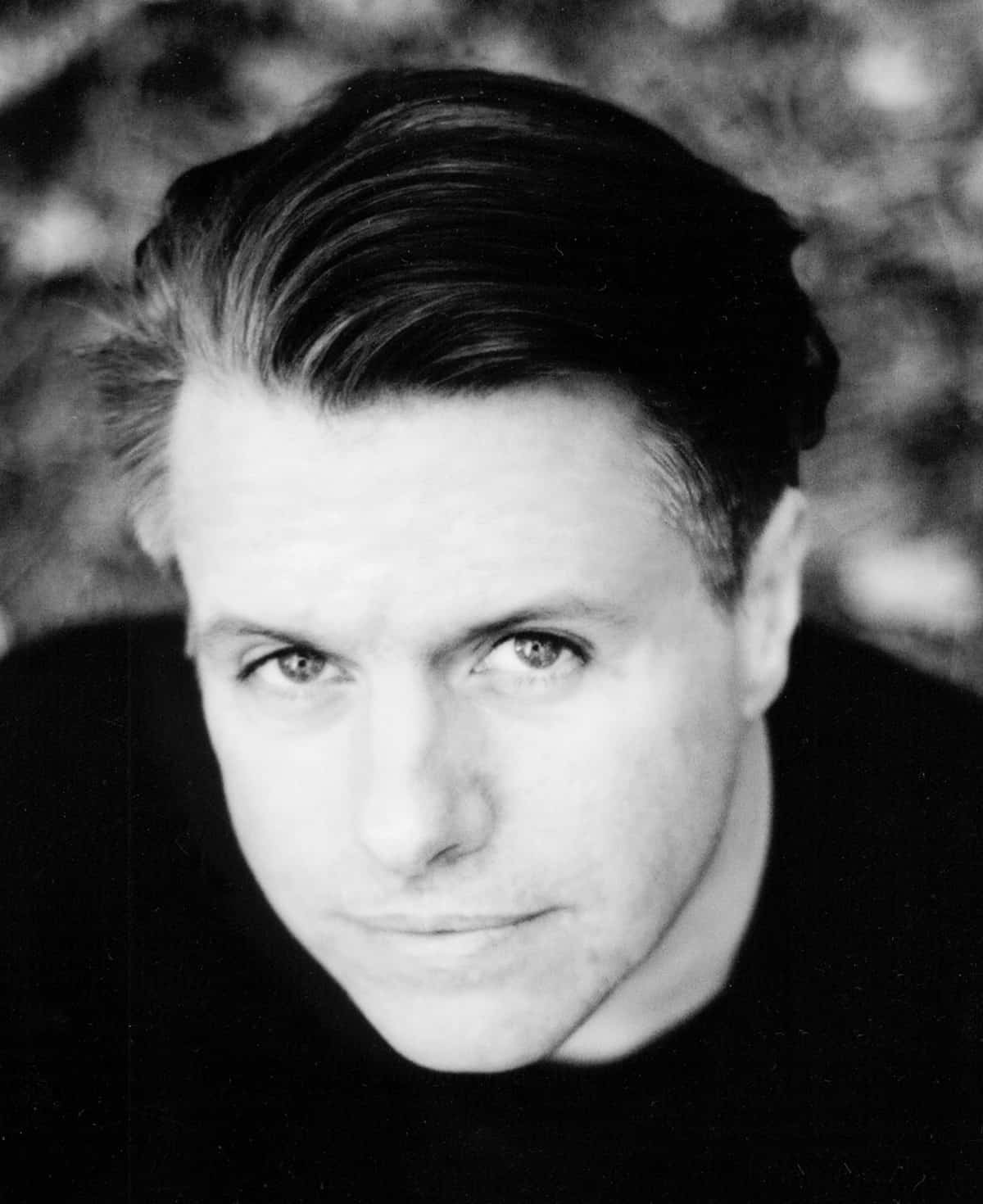 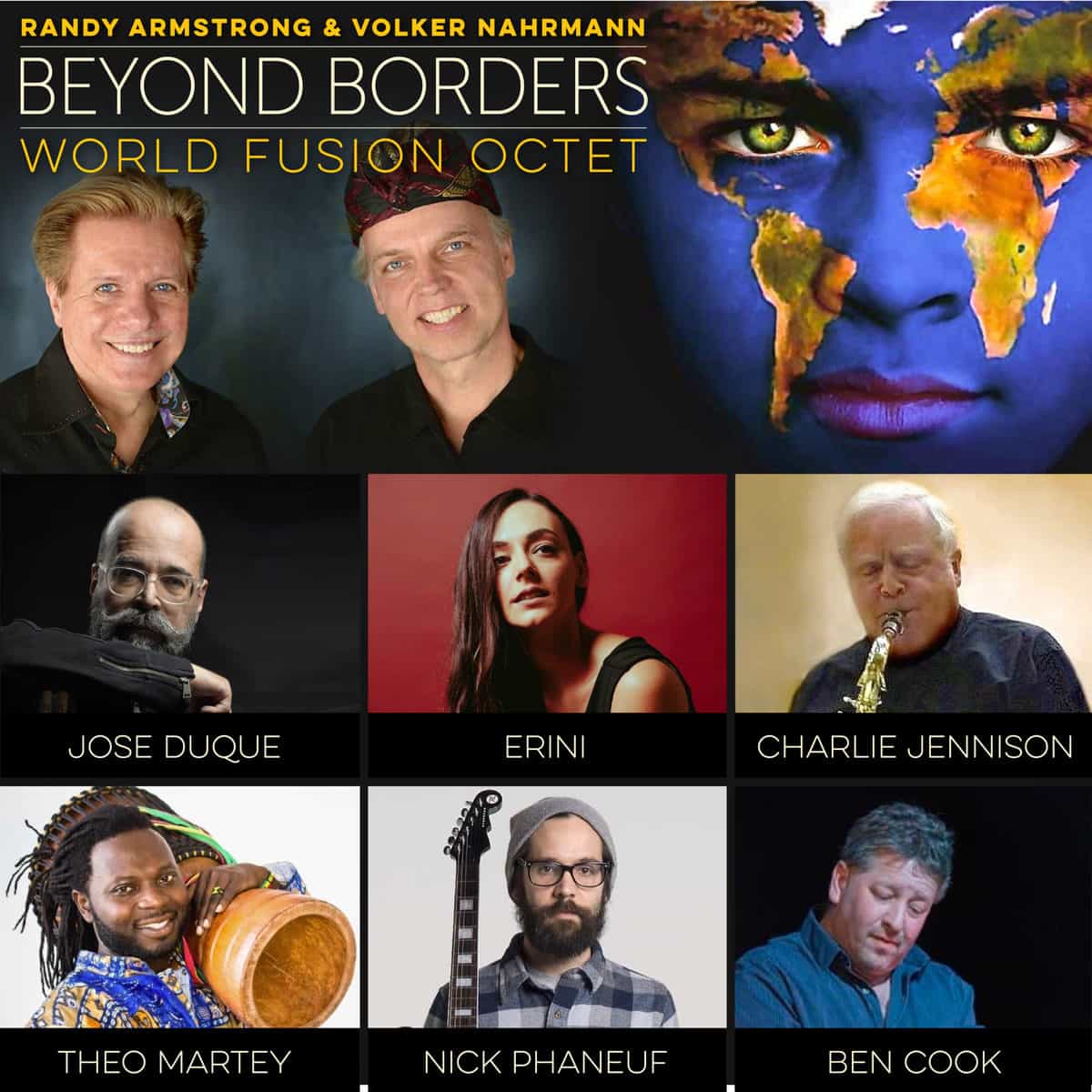 PORTSMOUTH — Excitement is building in anticipation of the “Beyond Borders” show at The Music Hall on Saturday, April 9, 2022.

The event will feature an ensemble of eight musicians spanning four continents, performing on some 50 different instruments, creating a celebratory global musical amalgamation.

Seacoastonline caught up with Beyond Borders co-conspirator Randy Armstrong to discuss the gig, what goes into a show of this magnitude and what attendees can expect. 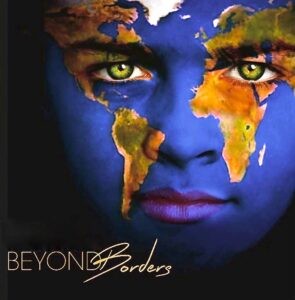 Randy Armstrong & Volker Nahrmann will poerform with the Beyond Borders World Fusion Octet and the Soggy Po’ Boys on Saturday, April 9, 2022 at The Music Hall.

Seacoastonline: This is a huge undertaking, Randy. People are excited. How are you feeling about it?

Armstrong: Volker Nahrmann and I are very excited and glad to be in concert with the Beyond Borders World Fusion Octet. After our sold-out show in the fall of 2017 at South Church, we were booked for a concert at The Music Hall in May 2020. Then COVID-19 became a reality in all of our collective lives. On April 9th, after several additional postponements, we are delighted to be onstage together again. This is going to be a celebration!

Seacoastonline: How often do you get to do a show like this? You put out the “Beyond Borders” record back in 2015, but I imagine “Beyond Borders” is as much a movement as it is a title, right? What’s special about it?

Armstrong: Yes, the idea of “Beyond Borders” has been the concept and inspiration for my music partner, Volker Nahrmann, and myself for well over 30 years. Both of us have travelled and toured extensively throughout the world. Our music infuses the idea that we all live on this planet with such amazing cultural and musical diversity. We explore and honor the instruments and musical styles of the world fused with own cultural heritages of jazz, classical, folk, and contemporary music. As one reviewer stated many years ago, “Music for the Global Village.” 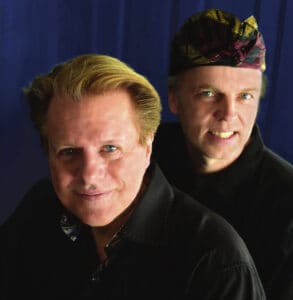 Randy Armstrong and Volker Nahrmann, who have performed Word Music Fusion together for almost four decades, will perform a concert with eight international artists on Saturday night, April 9, 2022 at The Music Hall in Portsmouth.

Seacoastonline: What’s the importance of sharing global music and presenting some of the traditions of other musical styles and cultures within the confines of a single presentation?

Armstrong: We are living in such turbulent and trying times globally. By sharing hope and beauty through music by fusing multi-cultural styles into a unified whole, we can help give voice to the amazing cultural diversity in the world.

Seacoastonline: Introduce the band you’ve got with you on April 9. It’s interesting that the eight of you sharing the stage on this particular night will span four continents. Have you done a show where all seven were represented? (I know, I know, that’s pretty ambitious, and Antarctica is probably going to be a curious task to fill.)

Armstrong: Well, Volker and I are thrilled to be performing with these talented musicians. Each of them is bandleaders, soloists, collaborators, teaching and recording artists on many musical projects. Drummer and longtime bandmate, Jose Duque originally from Venezuela and Seacoast NH will be flying up from Miami to join the ensemble. Our vocalist, Erini from Heraklion, Greece, now a Berklee assistant professor in Boston is a versatile vocalist in jazz, Greek traditional and contemporary styles. She toured for three years as a featured singer with Cirque du Soliel. Theo Martey from Accra, Ghana is an African drummer, dance, and world percussionist. He is the leader of the incredible Akwaaba African Drum and Dance Ensemble and now lives with his family in Manchester. Seacoast jazz legend and saxophonist Charlie Jennison, who we have performed together with for over almost four decades, will grace the stage. Guitarist, world string player and sound wizard, Nick Phaneuf will join the ensemble. Nick helped engineer the 2015 Beyond Borders album that was nominated for “Best World Album” at the 2015 ZMR Awards. Pianist and keyboardist Ben Cook, who is a performer for the Boston Pops Orchestra and prolific jazz musician originally from Cincinnati, Ohio. He is on the faculty of Brandeis University and Berklee College of Music. My collaborator and music partner, Volker Nahrmann was born in Hamburg, Germany and now lives in Billerica, Massachusetts, and proprietor of the Nahrmann Bass Shop. He is an amazing composer and consummate jazz musician as well as the principal bassist for SymphonyNHcial

The Beyond Borders World Fusion Octet is interracial, multicultural, and intergenerational. We honor the diversity of the human race.

Seacoastonline: I also took note that there will be in excess of some 50 instruments seated upon that stage. Is it big enough? It must be such a thrill to explore all these different sonic texture possibilities. Enough to make a grown man giddy, I’d imagine.

Armstrong: Absolutely, the beautiful Music Hall stage is big enough! The stage will have all the usual instruments in a jazz and world fusion ensemble plus a balafon from Burkina Faso, Guinea djembes, and dununs, Kpanlogo drums from Ghana, Brazilian cavaquinho, Cuban Tres, Lakota flutes, Amazonian bird whistles, Nyunga mbiras from Zimbabwe, percussion, and sound-makers from around the world and a few other surprises. Also, watch for special guest appearances by master drummer Namory Keita and the Soggy Po’ Boys horn section joining us on UNIDAD – A Tribute to Dizzy Gillespie. Rumor has it we might have few of the Native American Black Thunder Singers, who performed the Beyond Borders album, dancing on stage. Very likely you’ll hear a sublime and moving traditional Greek song. Not to forget, the Soggy Po’ Boys will be dishing out some tasty NOLA sounds to open the show.

Seacoastonline: How do the compositions for this type of show come together? What’s the collaborative process like among this group of musicians? Is it logistically challenging to get to rehearse the program? Is part of the thrill “seeing what happens”?

Armstrong: Usually, Volker or I will bring an idea or almost a complete composition into the studio then the magic of collaboration goes into effect. The songs themselves call for certain styles and instrumentation and our great community of musicians come into action. We try to leave enough room for improvisation and spontaneity. There are always exciting moments contributed by all the musicians.

Yes, it is logistically very challenging to put together a concert of this magnitude and diversity. Everyone is very busy in their careers and even travelling a great distance.

Seacoastonline: Why music? Why do you seek it? Why do you create it? What’s kept you after it all these years? What keeps it fresh for you?

Armstrong: Speaking for myself, music is a way to discover a deeper meaning in life, a way to celebrate through sound and rhythm, a way to get in touch with feelings and emotions, a way to pick up the pieces in hard times. When I perform a school assembly concert for children I often ask after playing a piece of music, how did that music make you feel? Music is mysterious and magical. Music is like the wind; you can’t hold onto it. You can only feel it. Music can make you want to get up and dance or meditate and reflect and everything in between.

So, why music? It’s my “soul” food. Why do I seek it? It seeks me. What’s kept me after it all these years? Music is an endless journey of discovery. It’s a calling, not just a job. There is so much to learn and explore in the musical world and at my age, I’m running out of time. Life is short. Practice and perseverance. And playing with such amazing and inspiring musicians always keeps it fresh!

Seacoastonline: What do you hope folks take with them when they experience this evening of music? What do you aim to take from it? In other words, what do you get out of performing this type of music right here in your backyard?

Armstrong: I think all of us in Beyond Borders want to have that great sense of communion with the audience and our fellow musicians on stage. Hoping that we all have a deeper connection with our local and global community and our families and friends. Peace, love and unity … what else could we ask for?

Check out the Spotify Beyond Borders Concert Playlist: at open.spotify.com/playlist/0hwoa2DMxLbagG6qg41SrP to get a taste of World Fusion music.

What: Randy Armstrong and Volker Nahrmann: Beyond Borders, featuring the Beyond Borders World Fusion Octet, with the Soggy Po’ Boys opening the concert