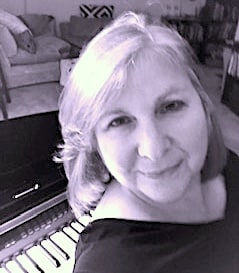 Featured artist with Randy Armstrong & WorldBeat Marimba, Cynthia Chatis, is a talented vocalist and multi-instrumentalist based in New Hampshire’s seacoast. She has collaborated in a variety of classical, jazz, world, folk and new age concerts and recording projects for over 35 years. Her solo album, Wind, has garnered high praise for its meditative and contemplative music.

Cynthia has performed and toured throughout New England and internationally, including as a soloist with the women’s chorus, Voices From The Heart and the regional chorus, Con Tutti, among others. She has performed on flute and voice as a featured headliner for the JAZZMOUTH, Poetry & Jazz Festival in Portsmouth, NH, USA.

A seasoned session player, Cynthia has recorded on multiple albums including The Dream Keeper: Jazz Interpretations of Langston Hughes by Larry Simon with Eric Mingus and David Amram on the Mode Avant record label; Island Sublime by Alex de Steiguer; A Place To Start by singer-songwriter guitarist, Bob Moore; the 2015 world fusion album, Beyond Borders by Randy Armstrong & Volker Nahrmann and the 2016 album for the theater & dance production, Conference of the Birds composed by Randy Armstrong.

Cynthia Chatis brings her enormous talents by singing all parts on the single, Nhemamusasa. A traditional song performed in the Shona language of Zimbabwe for the debut recording by Randy Armstrong & WorldBeat Marimba released on the UMP Record label in 2021. Watch out for additional exciting recordings scheduled to be released soon!