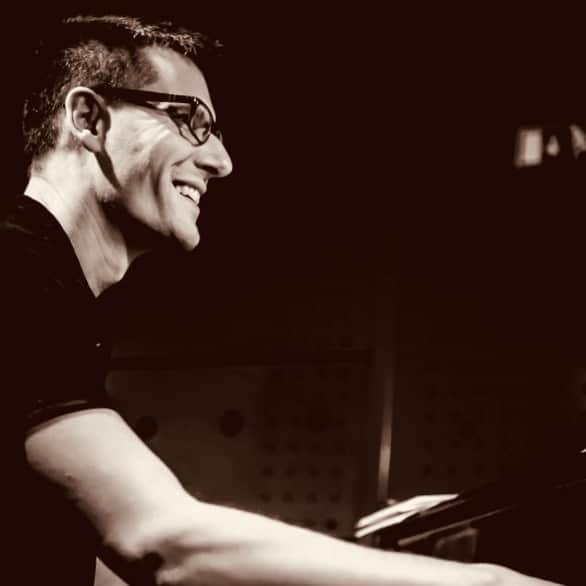 Jiri Nedoma was born on October 7, 1978, in Prague, Czech Republic. He began piano lessons at the age of five and was soon after introduced to wind instruments, which later led to his studies on the trombone.

After high school, Jiri enrolled at the Conservatory of Jaroslav Jezek in Prague, where he focused simultaneously on classical and jazz music. During his studies, he became a member of the prominent Czech Radio Big Band, performing with many jazz and pop artists across Europe. Jiri was a finalist in Belgium’s Jazz Hoeilaart International Contest as a member of the Ondrej Stveracek Quartet; he was also one of two selectees to represent the Czech Republic at the Visegrad Alliance meeting of four central European states.

After receiving a significant scholarship from Berklee College of Music’s World Scholarship Tour, Jiri left Prague for Boston, where he earned a bachelor’s degree in piano performance. He was awarded the Claire Beskind Award for outstanding achievement and contributions to the piano department. Following the completion of his studies at Berklee, Jiri received the Helena Foundation Presidential Scholarship to pursue his master’s degree at the New England Conservatory, which he completed in May of 2013. While at Berklee and NEC, he studied with such jazz greats as Fred Hersch, Jerry Bergonzi, Joanne Brackeen, Jason Moran, Phil Wilson and Hal Crook among others.

Jiri has appeared at major music festivals such as the Montreux Jazz Festival, Beantown Jazz Festival and San Jose Jazz Festival. He has performed at numerous venues and concert halls worldwide, including Jordan Hall, Berklee Performance Center, Smalls, ShapeShifter Lab, Jazz Dock, Regattabar, Scullers Jazz Club and Wally’s Jazz Club, among others. Jiri has collaborated with Grammy award-winner Terri Lyne Carrington, jazz luminary Hal Crook and Grammy nominee Donna McElroy. He has also made multiple recordings with renowned artists Gabrielle Goodman, Albino Mbie, Jeannie Gagne, Nadia Washington, and others. His recording with vocalist Yvonne Sanchez, My Garden, was nominated for Album of the Year and Jazz Record of the Year in the Czech Republic.

Currently, Jiri is an active performer, accompanist, and teacher throughout the New England. He is a highly sought-after pianist, keyboardist, and arranger who blends jazz, classical, R&B, and gospel into his own personal musical language.